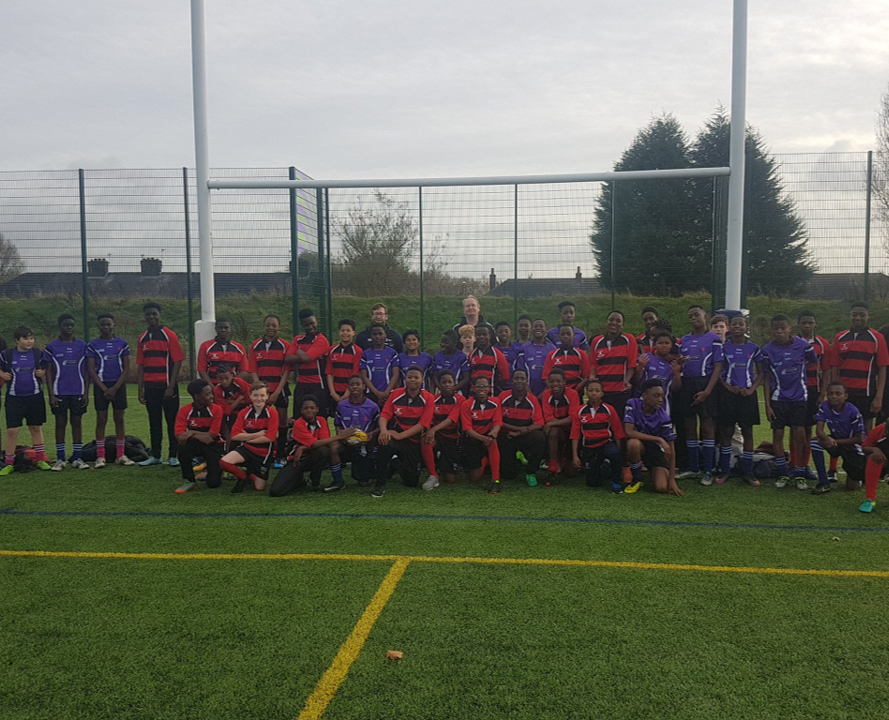 33 Legal are Manchester Rangers Community Sponsors for the 2018 season

This academic year sees the launch of Manchester Rangers Community Foundation Schools League with five Secondary Schools across East and South Manchester participating in the pilot season. The first of it’s kind in Manchester, the schools league is a culmination of the development work carried out by Manchester Rangers in the community since their inception.

I’m delighted that we have been able to pilot this league in 2018, it’s something that has been needed within the city for a number of years now and with the support of key partners it has come to fruition. A big thanks goes to our community sponsor, 33 Legal, as without their support this would not have been possible.

With the formation of Belle Vue Bees in 2016 there is now an exit route for these players to become involved in Rugby League outside of school. However, we need to grow the schools competition in order to ensure there is the interest in playing community Rugby League; the schools league will provide a platform to do this.

Whilst there has been ever growing participation numbers in schools Rugby League, the 13 a side playing opportunities have been limited but this will be the first step in providing regular fixtures, a key part of the participants development.

The schools league will see each participating school playing 6 fixtures throughout the academic year across the Year 10 age group, with a view to growing the league in the coming years with both more schools and age groups.

If any school is interested in joining the Manchester Rangers Community Foundation Schools League for the 2019/20 academic year, please register your interest via matt.valentine@manchesterrangers.co.uk

If you are interested in any of 33Legal’s services you can contact them for a free initial discussion on 01772 958 006 or on jordan@my33legal.co.uk